A downloadable Nightmare for Windows

Just outside of Jupiter, the United Nations Space Command (UNSC) is constructing the largest space ship ever built. All mention of it seems to be erased. Julie Ryans, a disgraced reporter is sent undercover to the construction of this massive spaceship to report on the goings on of the UNSS Ouroboros and what her mission might be. Upon arrival, Julie finds the huge ship teaming with life as the crew of the Ouroboros get the ship ready to go further than any human has traveled before, but before they can complete their readiness, the main reactor starts up on its own and the crew is forced to race to their cryo-stasis pods for safety as the ship plummets into hyper-dimensional space...destination unknown.

The story starts with the mysterious death of Tech Officer Terry Hale in the male showers. After being discovered by a few of the crew, the decision to cover up his death is made to not cause a panic to the other crew members. Close to being finished constructing Ourobors, an order is sent out to find a replacement computer programmer on short notice. Hearing rumors and seizing the opportunity to put someone on the inside, Phillip Wesley contacts his former employee and lover, Julie Ryans to go under cover and report back what is transpiring in far orbit above Jupiter at the construction site of Ouroboros. Julie reluctantly accepts Phillip's job offer and sets out immediately for the mysterious construction site. Upon arrival, Julie finds the largest spaceship ever constructed almost ready to make its maiden voyage. Shortly after arrival, she meets Captain Marshall who explains that the United Nations Space Ship Ouroboros has an experimental Alcubierre Drive Engine that bends space time to send its occupants farther than any human has ever traveled before. With early experiments with the Alcubierre Drive Engine used in unmanned vehicles, the advanced computer systems were fried by magnetic and microwave fields generated by the engine. In another test they sent plants to test the effects on living organisms. One of the plants had been propelled so far forward in time that it was dried and dead and another plant had been accelerated so fast that it went backwards in time and came out as seeds. To nullify these strange time dilation effects, advanced cryo-pods, not unlike the ones that killed Julie's daughter, Anabelle, are to be used by the crew. While exploring the ship, many of the crew are showing early signs of Space Dementia, a psychological illness that effects people who have prolonged exposure to deep space. Shortly after her meeting with the captain a young crew member commits suicide by throwing herself out of the airlock without a suit on. Mourning her death, the captain orders everyone to take a rest day, but during this restful time the Alcubierre Drive Engines start up on their own and the crew has to race to their cryo-pods or succumb to effects of time dilation and any psychological effects of entering higher dimensional space. Julie makes it to her pod just as the ship enters hyperspace and over half of the crew is not so lucky. In her cryogenic slumber, Julie has to make peace with her inner demons and then awakes an unknown time later to find the ship is still careening through hyper dimensional space and it and its inhabitants have drastically changed. Is she still dreaming in her pod? Is she losing her mind? Is there something aboard the ship? Where these things here, around us the whole time but unperceivable until being launched into a higher plane of existance? Julie must find a way to bring Ouroboros back to reality while avoiding "Monsters", "Creatures", and madness.

Download and unzip contents of ZIP folder. Keep "www" and Ouroboros.EXE together in your unzipped location to enable saving. Double click Ouroboros.exe.

Z, Enter, or Spacebar to Interact with enviroment, progress text, and select input

X to bring up main menu

F for flashlight when enabled

Esc to cancel or go back in menus 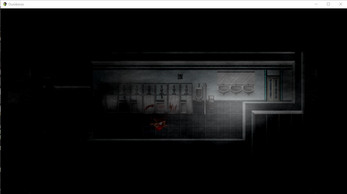 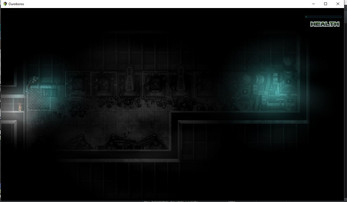 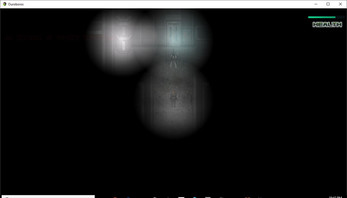 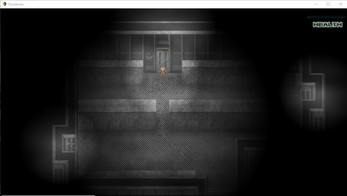 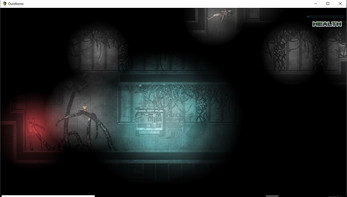